“A Midsummer Night’s Dream” is one of Shakespeare’s most original and popular plays.

Some critics mention that he is influenced by Chaucer and Plutarch in the tales of Theseus, but Shakespeare borrows little from their stories. On the contrary, Shakespeare finds great pleasure in making these stories what he pleases! Puck’s final dialogue is all that Shakespeare offers the audience as an explanation for her extraordinary and imaginative work. The play, the last of his comedies, Shakespeare has used the resources of his pen and delights in playing with them. Classic heroes are mixed with amateur actors, English forest spirits with Roman and Greek fairies, they make fun of the theater, they make fun of love, tragedy is insulted, lust is turned upside down. Lovers and poets are united together with madmen. Rhyming verses prevent us from taking everything too seriously, death is threatened and then pushed aside. A half man, half beast named Bottom sings horribly for a fairy queen who in an instant offers her heart and more. 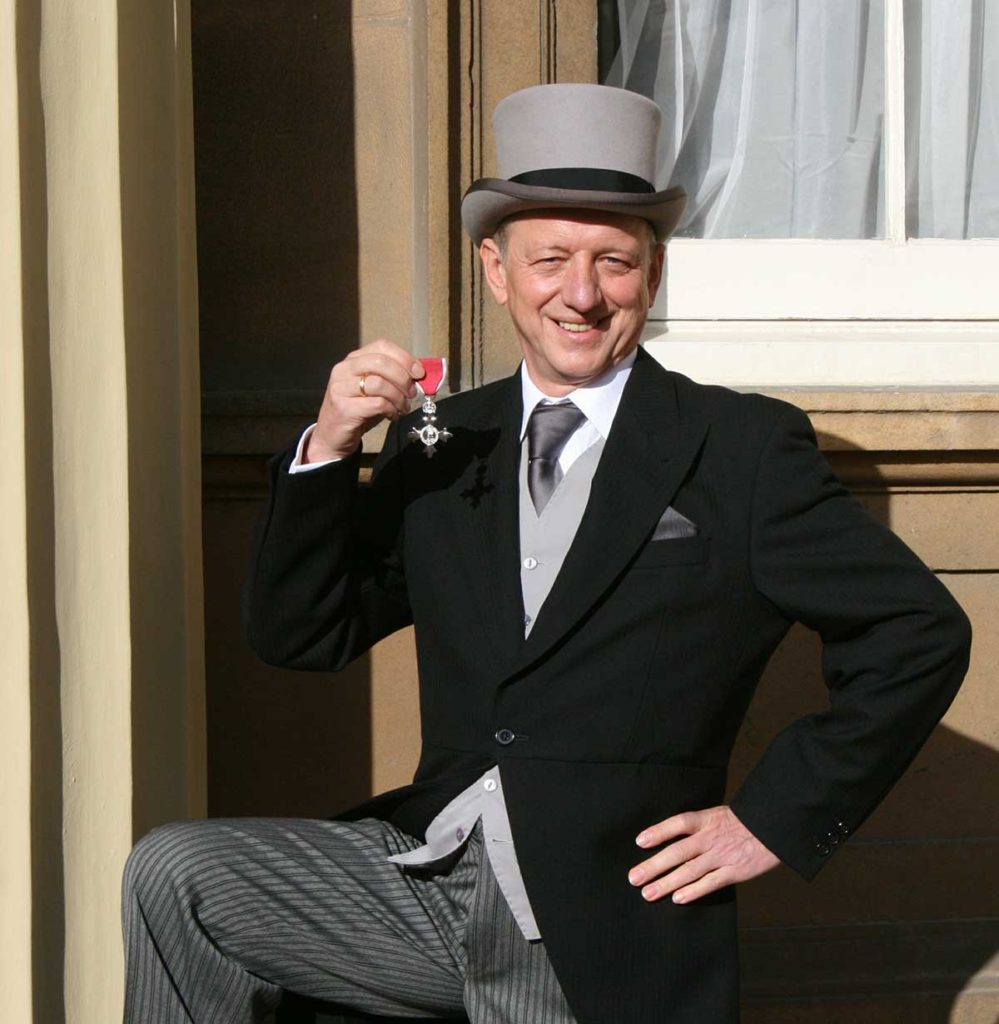 Paul Stebbings is the Artistic director of TNT theatre Britain and The American Drama Group Europe. He was born in Nottingham and studied drama at Bristol University, where he received first class honours. He trained in the Grotowski method with TRIPLE ACTION THEATRE in Britain and Poland. Paul founded TNT theatre in 1980 and received regular Arts Council funding for work in the UK. Paul has also acted for NOTTINGHAM PLAYHOUSE and TNT and directed and written for the PARAGON ENSEMBLE Glasgow, TAMS THEATER Munich, the ST PETERSBURG STATE COMEDY THEATRE, the Athens Concert Hall MEGARON and the Russian TEATR EXPERIMENTA. His productions have toured to over thirty countries worldwide .He was the first western actor to play Stalin in Russia.

Festival appearances include  WIZARD OF JAZZ at the Munich Biennale (critics prize), the Off Broadway Festival in New York and the Tokyo International Festival, the Tehran Festival (First   prize) and recent award winning performances at the Edinburgh Festival (THE MURDER OF SHERLOCK HOLMES, in which he played the title role). His numerous productions for ADGE and TNT include the double award winning HAMLET, ONE FLEW OVER THE CUCKOO’S  NEST, BRAVE NEW WORLD, THE CRUCIBLE, A  STREETCAR NAMED DESIRE and many of his own scripts such as: GLASNOST HARLEQUIN, CABARET FAUST, HITLER KILLED MY CANARY and THE CHARLIE CHAPLIN PUTSCH.

One of Paul’s main areas of interest is the integration of music and theatre which culminated in a production of MOBY DICK.  In addition to THE TAMING OF THE SHREW  this season sees the revivals of his KING LEAR , FRANKENSTEIN, A CHRISTMAS CAROL, OLIVER TWIST and MACBETH as well as new productions of Bradbury’s FARENHEIT 451 and a project on Britain’s colonial experience.

TNT theatre and Paul Stebbings have been working in Costa Rica since 2006. After a performance of KING LEAR in Berlin, Steve Aronson walked on the stage and asked if we wanted to take this production to Central America. Before we cold even  think we said a big “Si!”. And twelve years later we can look back not just on touring to Costa Rica but a fruitful collaboration with Costa Rican artists and extended touring to El Salvador, Guatemala and Nicaragua all organised by and with Teatro Espressivo.

Espressivo has developed in  this period from performances on the Heredia Coffee estate to running a  proper San Jose’ theatre and from giving work to actor/tour guides to running a full time professional ensemble. Throughout this exciting time TNT and Paul Stebbings has been part of the process: touring  in English and directing and writing Spanish productions with Costa Rican artists. The list is long and thrillling: KING LEAR, MACBETH, HAMLET,  TAMING OF THE SHREW, ROMEO & JULIET, MUCH ADO ABOUT NOTHING and OTHELLO have been brought from Britain to Costa Rica and Spanish productions have followed: MUNDO FELIZ, ROME Y JULIETTA, DON QUIJOTE and above all the annual hit CUENTA DE NAVIDAD.

It has been a pleasure to work with Costa Rican artists, many of whom have stayed with us for the whole period  and changed from colleagues to friends.  Rather incredibly 2006 also saw the start of TNT;s highly successful touring in China, which also developed into working with Chinese artists in Mandarin . China and Costa Rica could hardly be more different and it is a great privilege to understand that people around the world are so similar. The bigots,racists and populists who reach today for power fail to see that we are all humans living on the same small and fragile planet and that we share more than divides us. Thank you Costa Rica for letting me and TNT into your hearts. It is only through art that we can reach out and know what we  all we share.

One of my fondest memories is of performing ROMEO Y JULIETTA  in a damp concrete school sports hall in  a village in  amongst the hills near Fortuna.  The young audience were transfixed and swept away by the drama.  In this sterile digital world  this proves that we need human contact and no art form can match the humanity of theatre: live art for live audiences.